skip to main | skip to sidebar

2012 was a busy year, starting with New Year in Chile and then on to Antarctica as previously covered in this blog. Here is a quick overview of the year from the end of my round-the-world trip. 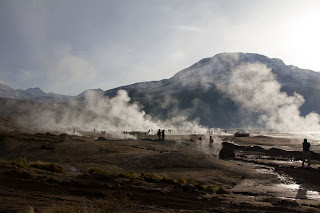 A spectacular volcanic area at 4300m for a dawn visit.

After a month at home I was off to Bivio in Switzerland for a week of off-piste skiing. 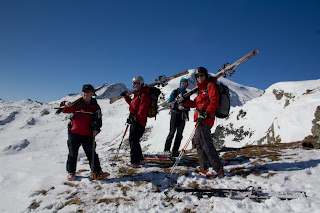 Plenty of snow fell even if this picture does not look like it! Lots of powder but visibility kept the camera packed away for most of the time. 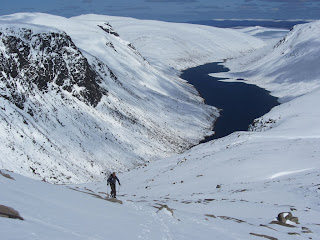 Ski-touring above Loch Avon, Cairngorms. One of my few Scottish winter days last season but a stunning day. 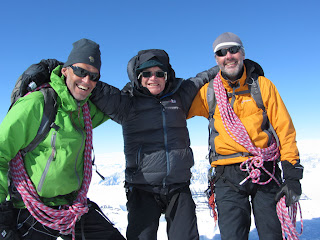 Four of us, Graham, myself, Ewan, pictured here, plus Ian joined a trip to the Watkins range in East Greenland. Easy but expensive to reach as we flew into a glacier and camped where we landed. In addition to ascents of some unclimbed peaks we ended with summiting the highest peak in the Arctic, Gunnbjørnsfjell where this photo was taken. 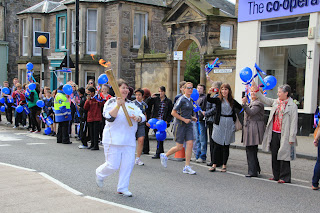 The Olympic Torch comes to Bridge of Allan 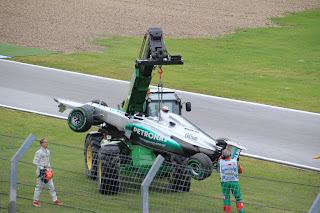 After competing in the World Masters Orienteering Championships in the Harz Mountains in Germany I joined up with some friends to spectate at the Formula 1 Grand Prix at Hockenheim. Not the best practice day for Michael Schumacher! 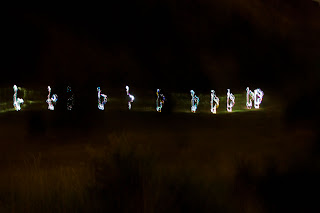 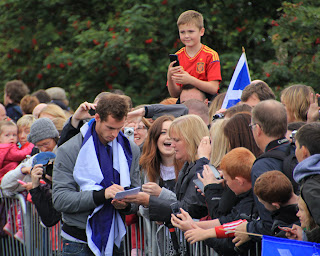 Dunblane was mobbed when Andy Murray did a walkabout signing autographs and shaking hands. A couple of days earlier I was in Glasgow for a parade of Olympians and Paralympians. 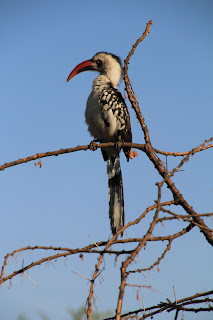 A fabulous visit to see the wildlife of Kenya and Tanzania. We saw the "big five" - Lion, Elephant, Buffalo, Black Rhino and Leopard as well as Hippos, Giraffe, Cheetah, Wildebeest, Zebra and quite a few more animals. Also well over a hundred species of bird. 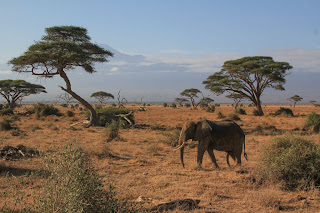 The highlight of the month was the UCI World Cup Track Cycling at the brand new Sir Chris Hoy Velodrome in Glasgow. 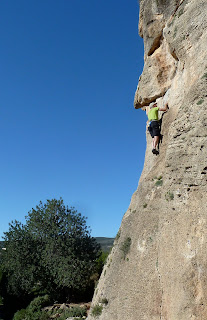 My first rock climbing trip for a few years! I was mainly cycling around the Calpe area but did spend a few days climbing some single pitch routes. This route is at Montessa.

Posted by Dave Coustick at 15:40 No comments:

Just returned from an excellent 10 day trip to Antarctica and now back in Ushuaia, Argentina. We were lucky with the weather with plenty of sunshine which is quite unusual I think. There was however a lot of sea ice so we did not make it quite as far south as hoped. Some spectacular scenery and huge numbers of penguins.

Posted by Dave Coustick at 19:48 No comments:

After Chiloe I returned to Santiago for a couple of nigfhts, then to Easter Island - a quite special place - then back for a couple of days in Santiago. One of these included a wine tour to the Casablanca Valley followed by an afternoon exploring Valparaiso; the second day was just sightseeing and chilling in Santiago.

Posted by Dave Coustick at 15:52 No comments:

All these photo links now working.

Catching up on photos here are albums from:

Christmas (and just before and after - first few a space exploration exhibition in Melbourne.)

Across the Andes to San Martin and Bariloche

Chiloe - coastal walks and penguins
Posted by Dave Coustick at 12:50 No comments:

I re-entered Chile on another bus/boat trip from Bariloche, this time a much more popular route. But once again very hazy and just as I hoped it would be clear as we headed west it became cloudy and rainy. The second part we did at least get some indication of the views as we made for the small town of Puerto Varas where I had a brief overnight stop.

Then on to Chiloe, a large island in the south of Chile, linked by a very frequent ferry (about every 10 minutes). I spent a couple of nights in a relaxing eco-hostel where I did a couple of nice walks including seeing some Magellan Penguins quite close up. 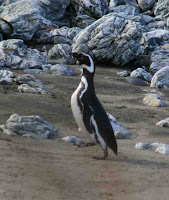 Then back to Santiago for a day to chill out; I walked up a hill in the Metropolitan Park to a great open air swimming pool, 90m long. The next day, Friday, I am on my way to Easter Island so a four hour flight gives me a chance to update the blog.
Posted by Dave Coustick at 22:31 No comments:

After a long sleep into New Year's Day I had an afternoon bike ride then the following day a great walk with more swimming (4 lakes). Then I travelled from Pucon in Chile to San Martin de los Andes in Argentina by a combination of buses and boats. We were advised that the Argentinian border post was on strike and we would have a 3 hour wait for them to reopen; fortunately they seemed not to be on strike and it took only 10 minutes to enter - far the quickest entry I've experienced! The scenery en route was marred by the rather hazy day, caused mostly by ash from
the volcano Puyuehue.

The next day, Wednesday, I drove 100km south in a rental car part of the way to Bariloche. The first part was great, following the Seven Lakes route. There seemed to be more than seven lakes but I did manage to have a short swim in sevnen of them. The further south I went the worse the ash became as the photo tries to illustrate. At one of my swims I found small pebbles of pumice floating on the surface and the water was not kind to the eyes; a bit like a heavily chlorinated pool but it would be a touch of sulphuric acid I suspect.

That night I stayed in the town of Villa la Angostura which is clearly a smart place with lots of nice property. However it was very quiet because of the ash situation, a great shame. The water trucks regularly drive up and down the streets spraying water to suppress the dust.

Then to Bariloche withn a couple of days walking. A great view from my hotel but I failed to take a photo the first day and then too much ash/haze! Bariloche is a big ski town of around 100,000 people though I was informed about 20,000 have left since the volcano erupted. It is really suffering as it depends on tourism.
Posted by Dave Coustick at 22:13 No comments:

A varied week to end the year

My last evening in Oz was a really interesting one going to the beach in Bundaberg, Queensland, to watch the Loggerhead Turtles come ashore to lay their eggs. We had to wait around from 7 until 9pm before being called along by the rangers but it was worth the wait as there were initially 2 turtles right next to us and later 4! Each digs a deep hole and then lays 100+ eggs before burying them and returning to the sea. A fascinating experience - next to no photos as most of the time photography not allowed, but just a few pics at the end.

Next day I flew to Sydney, overnight with a lovely dinner at Nick's seafood restaurant then flight to Santiago next day (see earlier post).

Friday took late am flight for Temuco but halfway there we were diverted to Concepcion due to ash from a nearby volcano erupting. This is a bit like being diverted to Manchester an a London-Edinburgh flight so a 4 hour bus ride to Temuco. Then a shared taxi to Pucon, my destination for the day just in time for briefing/boot fitting for following day.

And that day - New Year's Eve -the activity was climbing the local volcano, Villarica. We were a group of 8 and 6 of us, including me started by taking the chairlift the first 400m vertical to avoid a walk up the loose screey type track (my excuse was 10 hour jet lag!). Then a 1000m ascent up the snow covered cone - soft enough not to need crampons. Our group managed to be start in pole position on a busy day, and we were more or less first on the summit. Weather was great (UV index quoted as 11+) with good views. Descent was mostly sliding down on mini sledges (round plastic about 40cm diameter. The guides provided all the kit which included not only waterproofs but also a protector (aka Nappy!) so no worries about damaging our own kit. This was great fun and an excellent way to descend.

Finally we celebrated New Year with a BBQ at our hostel then 10minute walk to the beach on local lake for probably the best firework display I've ever seen.

Posted by Dave Coustick at 15:24 No comments: